A festive treat this time. This building is modern-era (built 1972), but has some history behind it – hence the unusual name. A rare honour among modern-builds, this house was listed as ‘Grade II’ by Historic England. In a village outside the relatively small but world-renowned town of Cambridge, it’s a perfect mid-century end to the year.

It’s Christmas day here in England. It snowed earlier this month but none today unfortunately. Still rocking the festive spirit though! 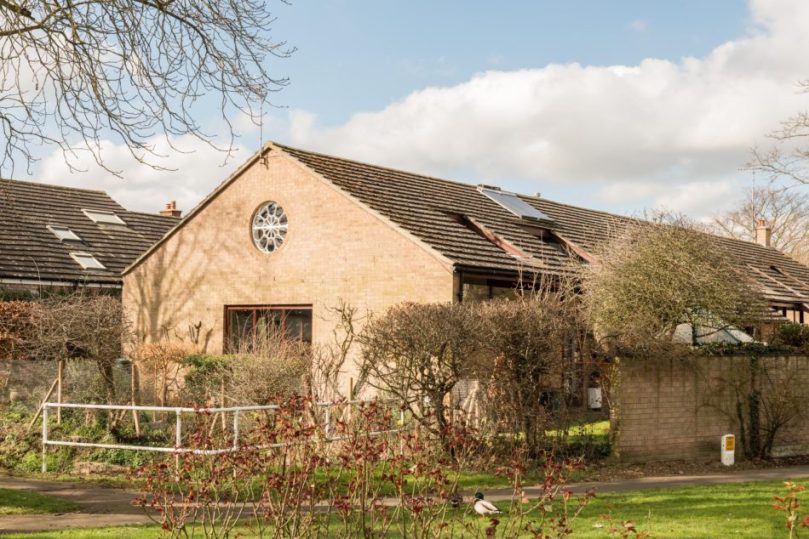 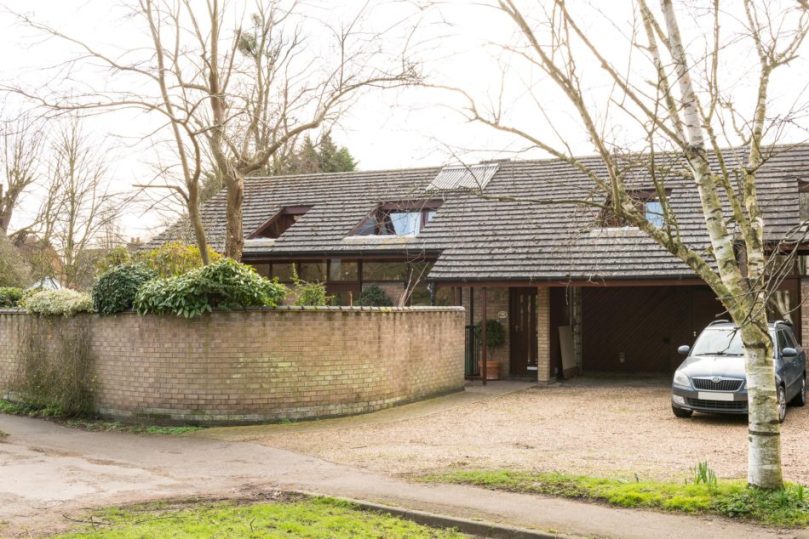 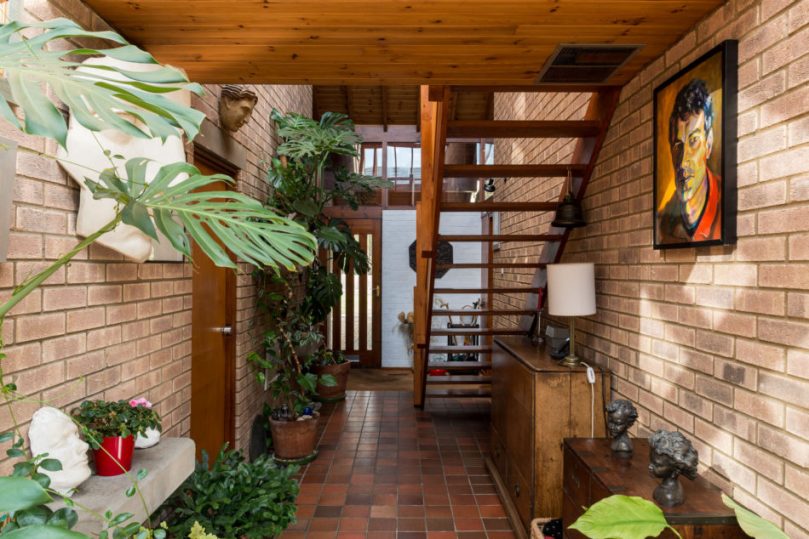 Though it’s modest on the outside, the entrance is very impressive. Timber panelling and exposed brick is a recurring theme in mid-century homes, and it’s gorgeous.

This is a really interesting house. It feels quite private but at the same time open to guests. The original brief, which was in a contemporary edition of Architectural Review*, was for a house that could accommodate a group of two to a hundred – perfect for quiet introspection or large-scale entertaining! 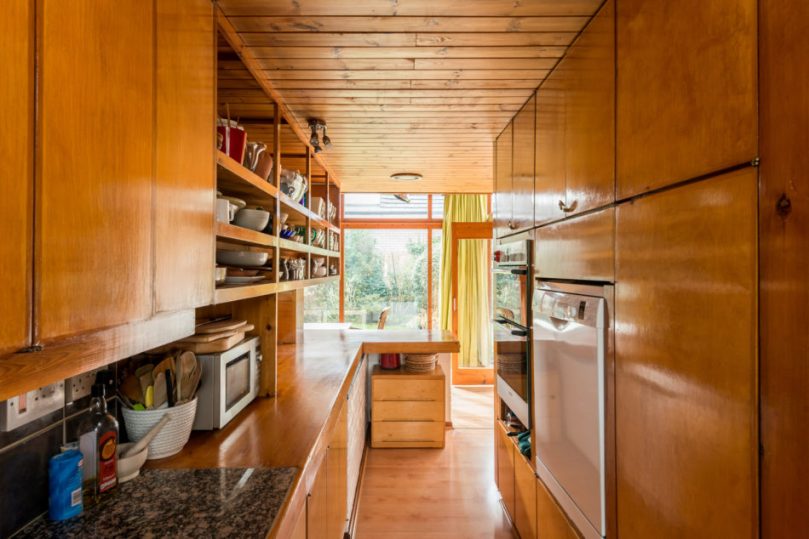 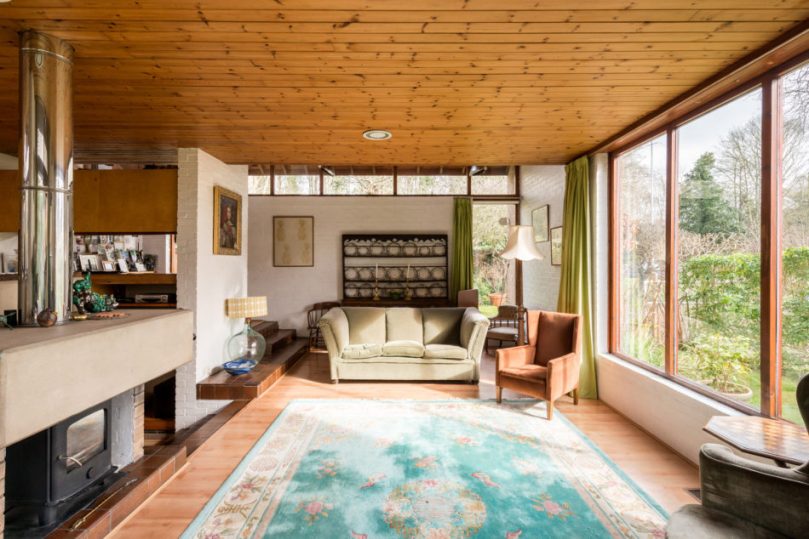 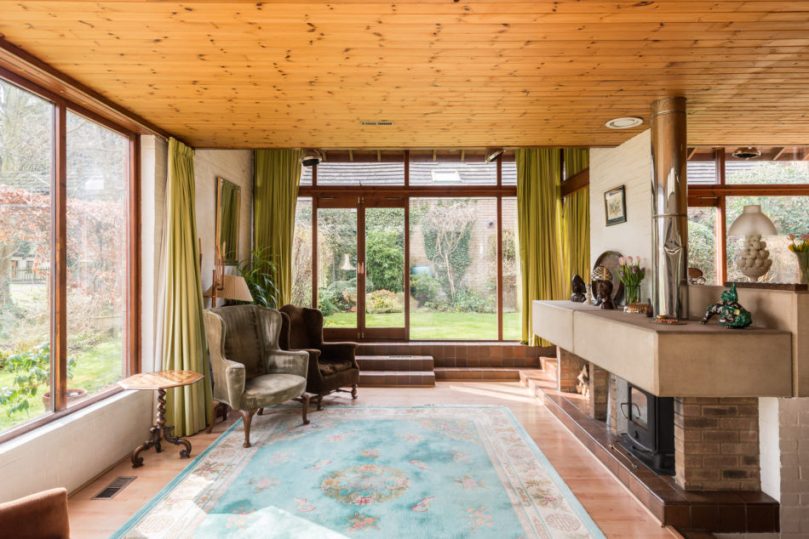 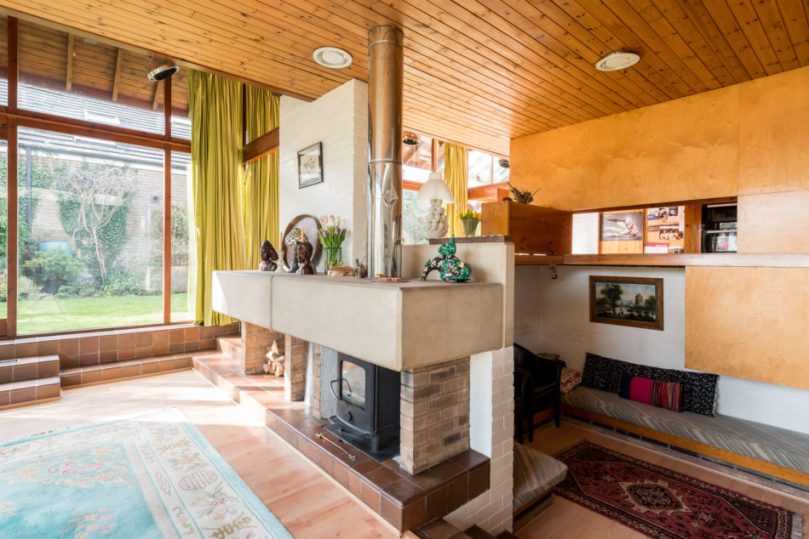 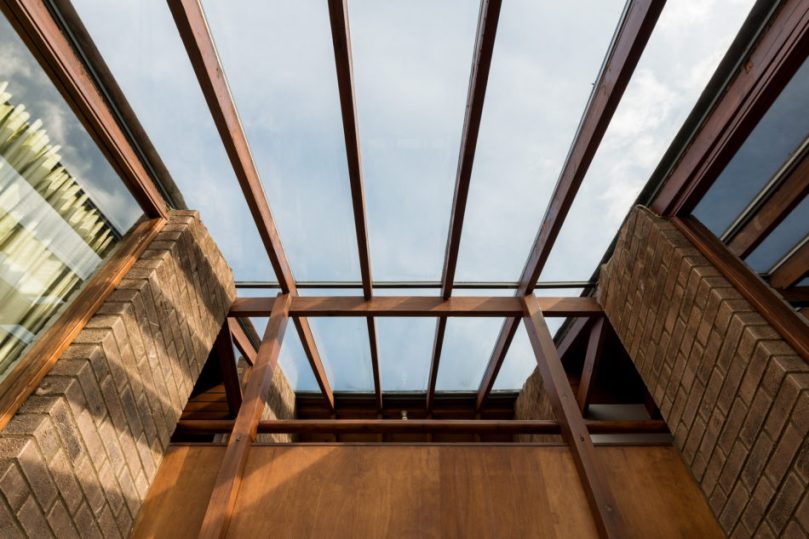 The floating timber bridge is a wonderful feature. And you get a feeling of space from the double-height link to the ground floor. 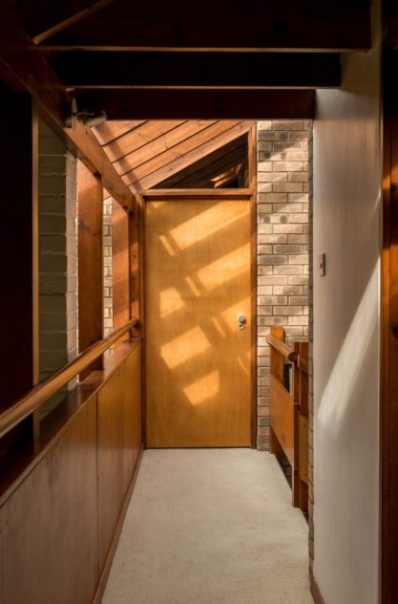 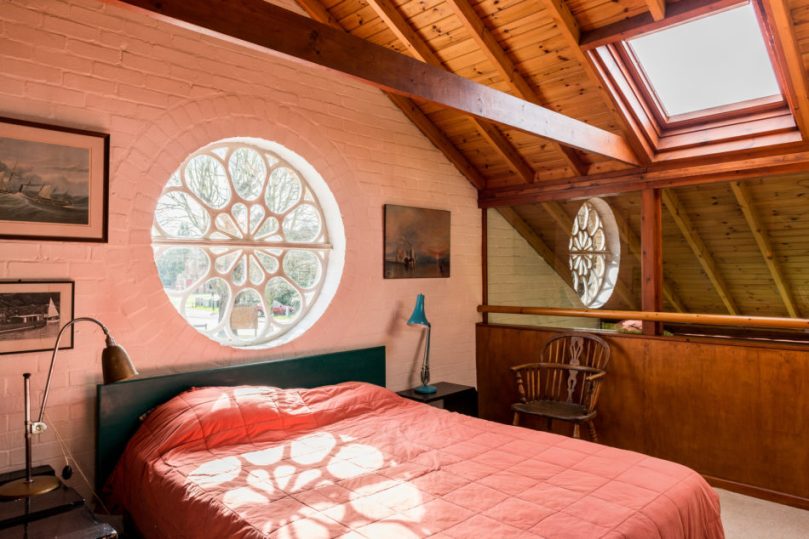 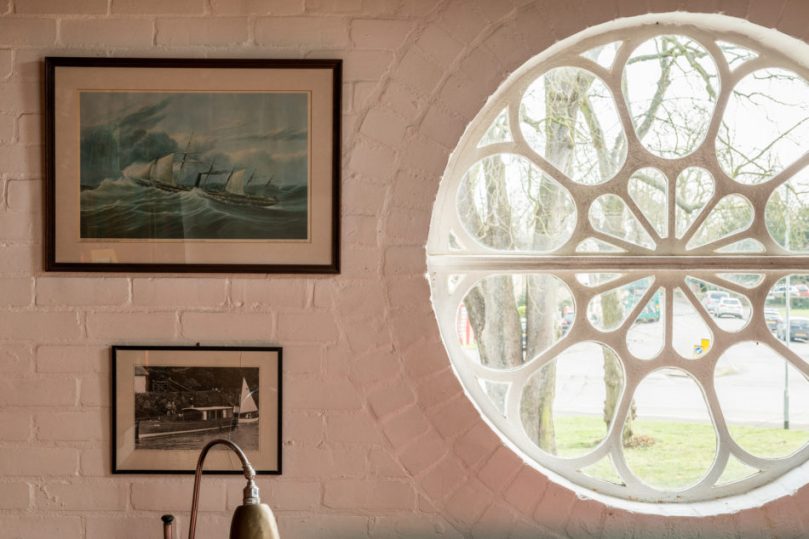 Here’s a plan for the house if you’re interested. It’s semi-detached, so there’s another similar house just next to it.

One thought on “The Christmas Barn”